Join the artists and fans shifting their funds away from banks and other financial institutions that support fossil fuels. 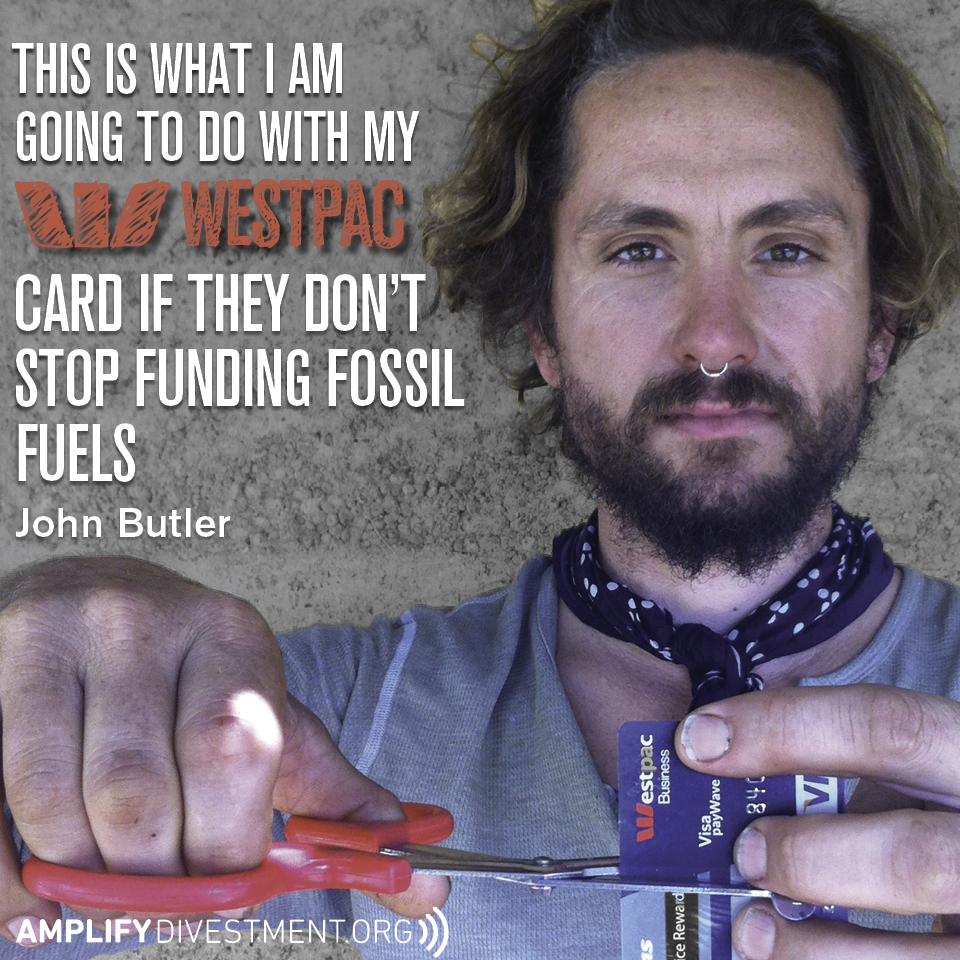 WE ARE PARTNERING WITH 350.ORG & MARKET FORCES

The science tells us we have to stop, so musicians are pledging to take their money out of banks and superannuation funds that are funding the expansion of the fossil fuel industry. These musicians are joining a movement with huge momentum, a movement of universities, churches, investment funds and thousands of people saying “it is wrong to wreck the climate and we want no part of that.” And as musicians, they are amplifying that message, singing it for the world to hear.

Amplify Divestment is helping musicians with the practical process of divesting and with communicating it to their fans. So far, some of Australia’s best loved and respected musicians, such as Ash Grunwald, Missy Higgins, Rob Hirst, Nigel Westlake and Felix Riebl, are taking part.

What’s it all about?

Divestment is simply the opposite of investment.

It involves removing money from financial institutions that invest in goods or activities that you do not support – in this case mining coal, oil and gas. But it’s about much more than the money itself – it’s about saying “This is wrong and I don’t want any part in it.”

There’s a long and successful history of divestment campaigns targeting tobacco, weapons manufacturing and the South African apartheid regime. The fossil fuel divestment movement calls on citizens concerned about global warming to align their money with their values, and move their money out of banks and superannuation funds that are financially supporting the fossil fuel industry. This is arguably one of the most powerful actions an individual can take. And it has already been taken by thousands of people and major institutions such as the Australian National University, the Uniting Church of Australia, Stanford University, the British Medical Association and many more.

Musicians are hugely culturally influential people, influencing the clothes we wear and the food we eat, literally putting words in our mouths. Amplify Divestment recognises the important role musicians can play and is working to help musicians use their influence to spread the fossil fuel divestment movement.

Musicians who are featured on the Amplify Divestment website have pledged to move their money out of banks and/or superannuation funds that are financially supporting the fossil fuel industry.  They have also committed to promoting the campaign to their fans and encouraging them to get their money out of fossil fuels.

There has never been a more important time to get involved.

Even though the world’s scientific community recognises that the world needs to leave the vast majority of fossil fuels in the ground if runaway climate change is to be avoided, the big Australian banks and superannuation funds continue to invest billions of dollars into the fossil fuel industry. Between 2008 and 2013, ANZ, Commonwealth, NAB and Westpac have loaned almost $20 billion to fossil fuel projects in Australia, with many of these projects being in ecologically sensitive areas such as the Great Barrier Reef World Heritage Area. The majority of superannuation funds in Australia are significant shareholders in fossil fuel companies and affiliated companies such as BHP Billiton, Woodside Petroleum and AGL.

You can learn more about the fossil fuel divestment movement by visiting the websites of 350.org Australia and Market Forces.

Join us and help amplify divestment!