In 2013, Caloundra Music Festival set out to be the first festival in Australia to eliminate disposable bottled water. With a positive attitude, excellent partnerships, and superb preparation, they’ve succeeded, stopped an estimated 60,000 bottles from being sold and thrown out, and built a fabulous example for others to follow!

Caloundra Music Festival is a not-for-profit event put on by the Sunshine Coast Council, celebrating the region’s diversity, sustainability and cultural achievements. It runs over 4 days in October, featuring 80+ bands and over 500 performers and entertaining some 30,000 residents and tourists.

With a vision of sustainability at the heart of the festival, and a spectacular beachside location, the impacts of disposable water bottles through litter and greenhouse pollution were a clear priority to address. 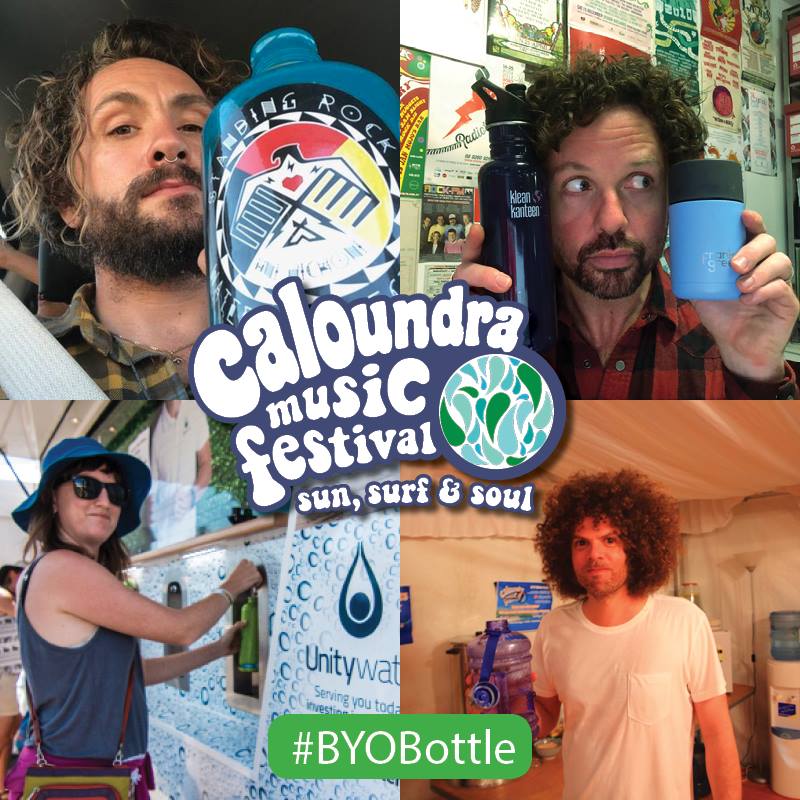 There were two crucial aspects to the success of Caloundra Music Festival’s #BYOH2O campaign. After deciding to ban the sale of disposable water bottles on site, they had to provide alternatives and communicate with everyone.

The festival worked with partners to set up multiple water refilling stations across the site, for festival-goers, crew, volunteers and artists. The local water company, Unitywater, provided a “Hydration Station” of free town water and NGO Reef Check Australia and Mount Beerwah Spring Water set up stalls selling chilled and filtered water. These were clearly marked on the site maps and well sign-posted to they were easy to find. Other sponsors, such as a local plumbing business, helped support the refilling stations. The other alternative provided was the sale of reusable water bottles for those who had forgotten to bring their own.

However, in order to avoid this, Caloundra instigated a tremendous communications exercise, getting the message out to attendees, volunteers, artists and crew that there would be no disposable water bottles sold on site and they should bring their own reusable bottle - #BYOH2O. The most direct line of communication was through making it clear at point of sale of tickets and in making arrangements with artists, stall holders, crew, volunteers and other service providers. Everyone was informed at that earliest point that no disposable bottles were to be sold. They also used mainstream media, issuing press releases announcing the initiative and securing media sponsors to promote it, and they instigated a huge online communications campaign, promoting it through Facebook, Instagram, e-cards and the website.

Artist endorsement reinforced the message, sharing pictures of the artists holding up their reusable bottles and encouraging attendees to bring their own. 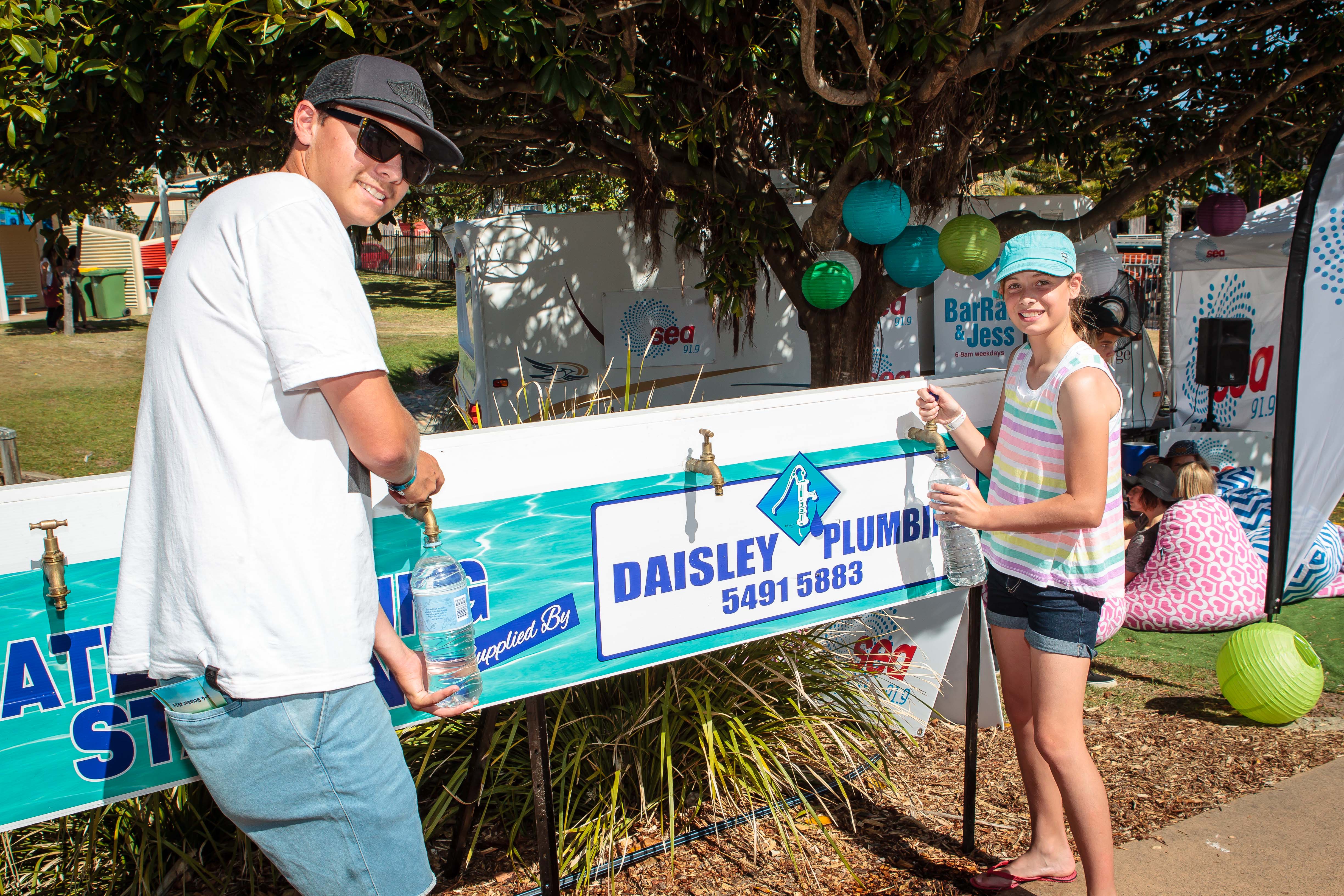 From one year to the next, Caloundra Music Festival went from not only having disposable plastic water bottles on sale at many food and drink stalls but also giving away thousands to artists and volunteers to completely banning the sale and provision of these bottles on site. Thanks to their excellent preparation and management, the process was hugely successful and popular. They report that artists and volunteers were extremely supportive and stall holders understood and accepted the change. But it’s the audience reaction that is the clincher.

The festival very sensibly surveyed attendees, both in 2013 and 2014, to see how the #BYOH2O campaign went down. They were amazed by the positive reception. In the two years respectively, 97% and 94% of attendees thought it was a great idea, 1% and 2% didn’t know about it, and only 2% and 4% didn’t like it.

Get involved with #BYOBottle here

Green Music Australia thanks Caloundra Music Festival for the information and images, and, of course, for their tremendous leadership on this issue.