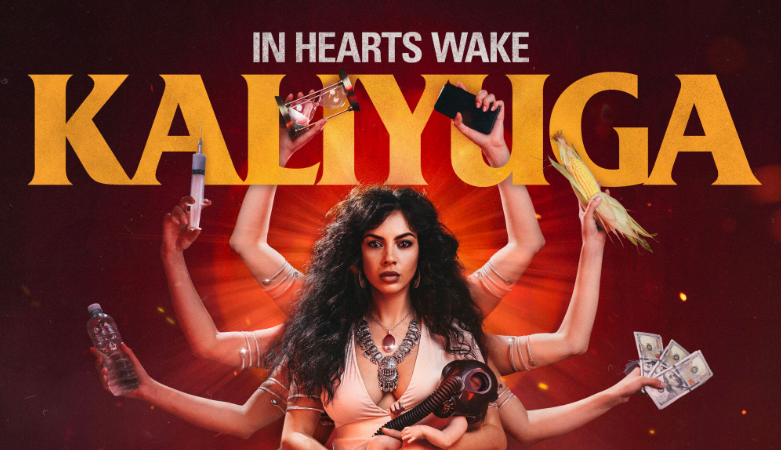 Aussie metalcore band In Hearts Wake are releasing their fifth studio album ‘KALIYUGA’ on August 7, 2020, but with an awesome green twist. The band will minimise their environmental footprint on the release by carbon offsetting the entire process (down to every power socket!) and using recycled materials to create the physical product for the music.

“During the recording process we measured every power socket, counted every light, pound of freight, food consumption, driving mile and airfare taken. We were then able to find the total carbon footprint and offset it by supporting a rewilding project in Australia on First Nations land.

Our mission to help support and sustain life on earth has made us realise that less is more. Many industries are evolving, and as musicians we feel it’s time to do our part. It’s been challenging to navigate the retail hurdles, find sustainable materials and successful companies that embody our ethos, but through a bit of research we’ve discovered that there are many solutions out there.”

In Hearts Wake calculated the recording process of the album to be 26.37 tonnes of CO2e which has been entirely offset through the purchase of carbon credits in the Yarra Yarra Biodiversity Corridor of Western Australia. The album will also be packaged and manufactured plastic free.

The band are long time champions of the earth, with their last three albums themed around the natural elements that make life here possible. ‘Earthwalker‘ (2014) explored the element of Earth, ‘Skydancer’ (2015) – Air, and ‘Ark’ (2016) with Water. All three albums debuted in the Top 5 of the ARIA charts with the themes of social & environmental justice and self-accountability steady throughout. It is uncanny that the band’s fourth album, ‘KALIYUGA’, would be born of Fire, inspired and bookended by the devastating fires that occurred in California and Australia from 2018 - 2020.

"I believe we were born into this age for a reason — that we can transform the challenges we face by seizing the opportunity to grow and change the way we live on the earth and with each other."

The album is aimed at inciting widespread positive action on the climate, all while proving music doesn't have to be destructive to the planet. Watch the new video for the album's single Son Of A Witch below, and visit the album's interactive website at thehouseofkali.com!

Green Music bolsters its board credentials